Before you leave sign up for a product demo

Get a product demo to see how Maisie works & learn how Maisie helps boost conversion and slash support tickets.

Get a demo
Thanks for your request!
We'll be in touch soon.
Oops! Something went wrong while submitting the form.

Why online retailers need to embrace the messaging revolution

With over 4 billion people around the world using messaging apps regularly and major technology companies like Facebook and Apple opening up their messaging platforms to businesses now is the right time for retailers to start using messaging to build better relationships with customers.

We believe messaging is going to become the main channel for e-commerce over the next few years. Here are five key reasons why.

1. Messaging is not new nor a fad

Messaging in one form or another has been around for over 25 years and its use keeps growing. People have been sending text messages (SMS) to each other since 1993 and Instant Messaging (IM) or “chat” has been widely available for over 20 years, with popular brands like ICQ and AOL Instant Messenger taking off in the mid-1990s.

People around the world are using messaging apps to not only chat with friends and family but also to connect with businesses, browse products, look at pictures and watch videos.

Why are messaging apps so popular? Messaging apps took off as a free alternative to the pricey SMS messages offered by mobile operators. As network effects took hold and as richer features beyond simple text were added (e.g. images, emojis, voice calling and video chat) their use and spread exploded.

Given messaging is so popular among people it is hardly surprising that people want to message businesses as well. Facebook has, for several years, enabled its users to send messages to businesses via their Facebook Page.

Consumers want to be able to message businesses to find out about their orders and delivery status, provide feedback and reviews, learn about new products, receive promotional offers and, of course, get help.

Recently Facebook announced that 10 billion messages are being sent between businesses & consumers every month! So it’s pretty clear that people want to message your business whether you like it or not. If you’re still not convinced a recent Facebook survey showed that 53% of people who send messages are more likely to shop with a business they can message. Can you afford to ignore that many potential customers?

4. E-commerce growth is being driven by mobile

Globally there are around 7.9 billion mobile accounts, about 5.7 billion of which have broadband internet connections. This growth is being driven by the availability of cheaper phones and declining data prices.

In 2018, according to eMarketer, almost two-thirds of worldwide e-commerce sales occurred on mobile devices, representing 6% of total (online + offline) global retail sales. Mobile (m-commerce) sales as a proportion of total retail sales are forecast to more than double to 12.7% over the four years to 2021.

That’s some pretty spectacular growth but it can’t be achieved with only a mobile-friendly version of your desktop website. There is just too much friction trying to fill out order forms on the small screens of mobile devices.

Messaging apps like WhatsApp, Messenger and WeChat are designed specifically for mobile use so consumers can expect a better and easier purchase experience compared to a mobile version of your website. A good messaging experience, using automated bots to help consumers discover, purchase and pay for products, will speed up the customer journey and drive more sales.

Business owners and marketers are well aware of the declining performance of digital marketing channels like email marketing and social marketing on networks such as Facebook and Instagram.

Whilst email is often the most effective marketing channel for retailers, especially for generating repeat purchases, only one-in-five emails sent gets opened and about 15% of those opens result in clicks through to a website. Inboxes are just too overcrowded these days and emails quickly vanish from view and memory.

Retailers typically invest a lot of time into social channels such as Facebook and Instagram but engagement rates from organic posts are depressingly low both due to the high volume of posts and the algorithms used to determine to whom such posts are shown.

In stark contrast, our experience with Facebook Messenger is showing very high engagement rates. Message open rates are often around the 80-90% level with click-through rates of 30-40% quite typical.

How can retailers use messaging today?

There are many ways retailers can benefit today from using messaging apps and retail use cases will only continue to grow over time as messaging platform features develop and their surrounding ecosystems of bots and apps grow.

Whilst each messaging platform is at a different stage in terms of features offered to businesses, Facebook Messenger currently has the most to offer (outside WeChat in China). Combining Messenger with chat automation platforms (‘chatbots’) such as Maisie you can:

The ultimate goal of marketing is to deliver the right message to a customer at the right time and in the right channel. If many of your customers already spend time in and enjoy having conversations with friends and family in messaging apps, why, as an e-commerce marketer or store owner, wouldn’t you want to engage with them where they like to hang out? 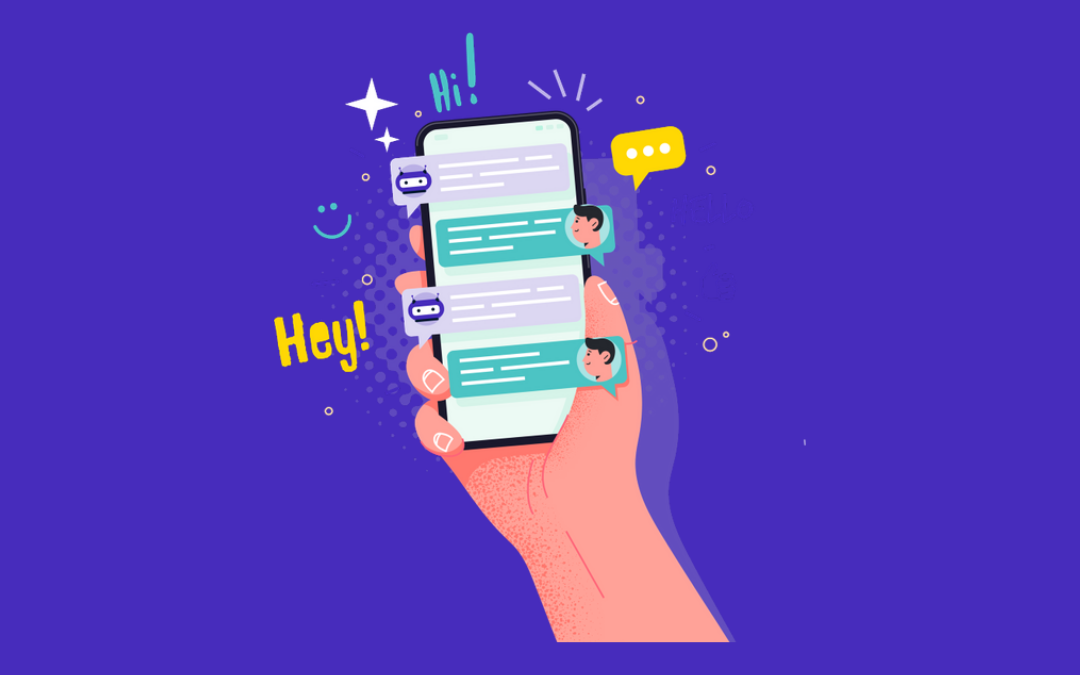 Get the latest articles, tips and advice to help you deliver exceptional ecommerce customer experiences.

Thanks, you'll hear from us soon.
Oops! Something went wrong while submitting the form. 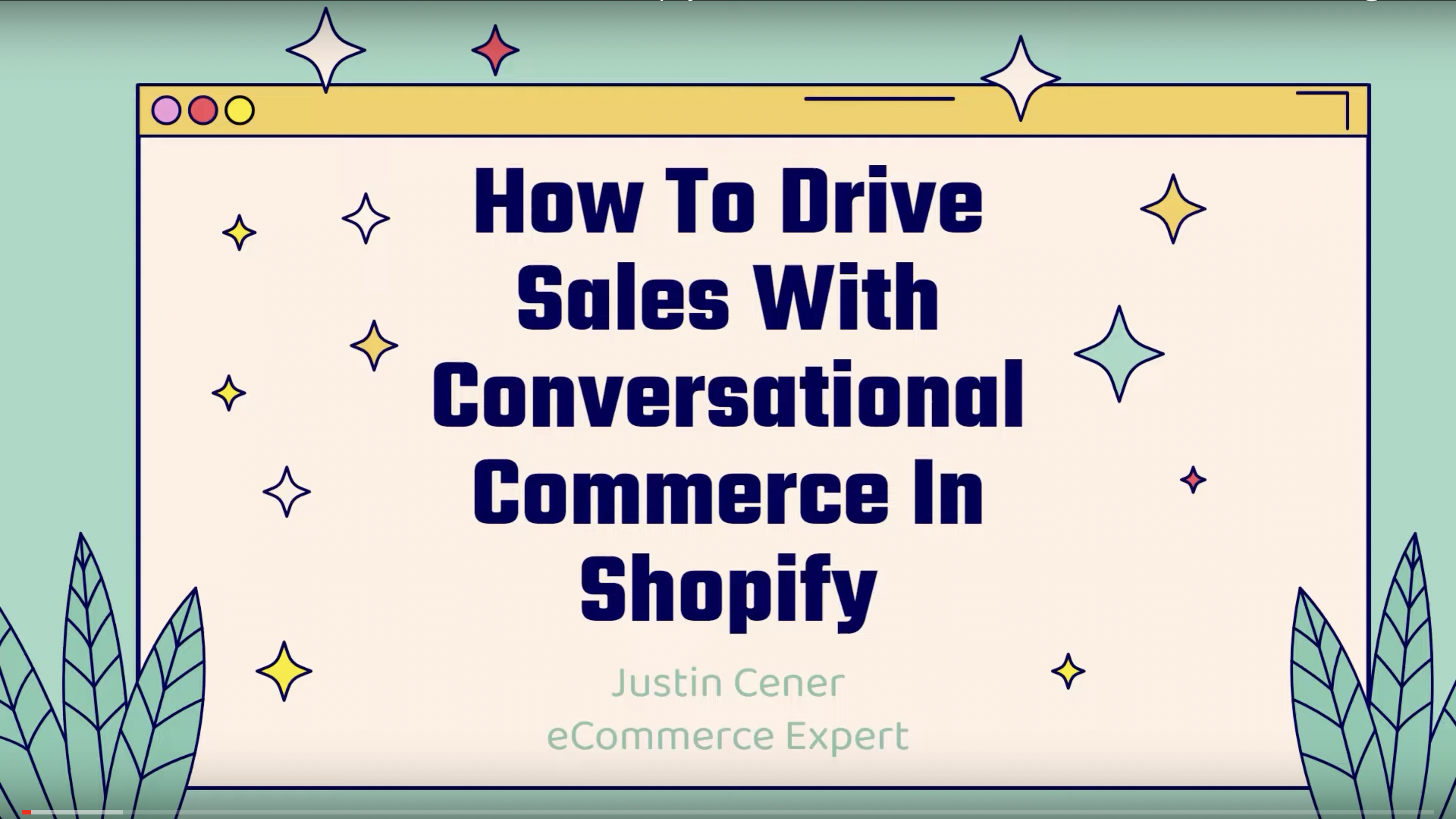 How To Drive Sales With Conversational Commerce In Shopify (Video)

The more personalized a shopping environment that you can create, the higher your conversion rate and AOV will be! With smart chatbots and live chat, you'll increase sales when you can provide personalized product recommendations and customer service 24/7. 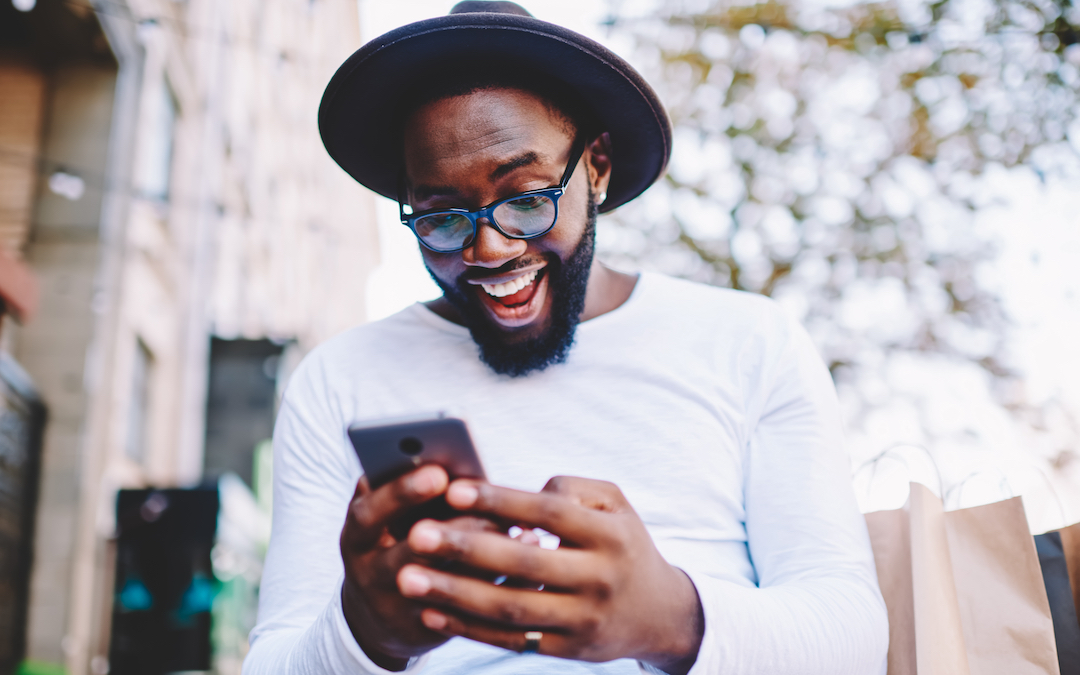 What is Conversational Commerce? (Updated for 2023!)

Retailers around the world are adopting conversational commerce to grow their revenues and delight their customers. Here's everything you need to know about it.

Why online retailers need to embrace the messaging revolution

With over 4 billion people around the world using messaging apps regularly and major technology companies like Facebook and Apple opening up their messaging platforms to businesses now is the right time for retailers to start using messaging to build better relationships with customers.